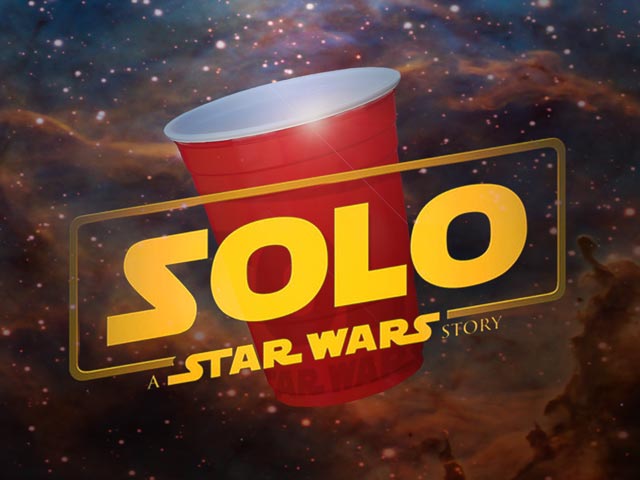 On May 4, generally recognized as Star Wars Day, I posted this image on Twitter with a line about Disney taking humor in their comic book movies just a bit too far- beer pong?

It fell flat as most of my attempts at humor do, but this time it seemed a particularly resounding silence. Not one comment. Not a single like. Geez. I pulled it at the end of the day, sad and defeated. The knock-off wasn’t a ton of work, I did get some satisfaction from completing it, but still. I was sad and defeated.

A few days later, a tweet from a food blog I follow showed this image and congratulated solo cups on the savvy of their movie tie-in. I’d had no idea. So I pointed out the obvious. Not funny at all. There really was a Star Wars connection with the classic red solo cups and I’m a dummy. Maybe there’ll be a barroom scene in the movie with Han throwing his ping pong ball first/

This entry was posted in Uncategorized. Bookmark the permalink.